Imagine your class has won a pizza party!
You need to figure out how many pizzas are to be bought. How many students in your class like pepperoni pizza? How many like Margherita pizza?

To find it out, you can ask your classmates what pizza they like and count the responses.

This is called collecting data.


Data is the information you collect.

To organize the responses, we can use a tally chart.

What is a Tally Chart?

A tally chart is a table used to record and organize data.

Let us take a look at a tally chart. 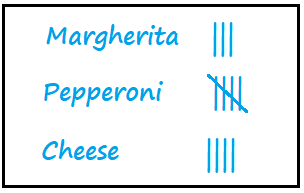 To record the data, the lines which are called ‘tally marks’ are used. Tally marks tell us "how many."

The given tally shows:

How tally marks are written?

Let us draw a Tally Chart. 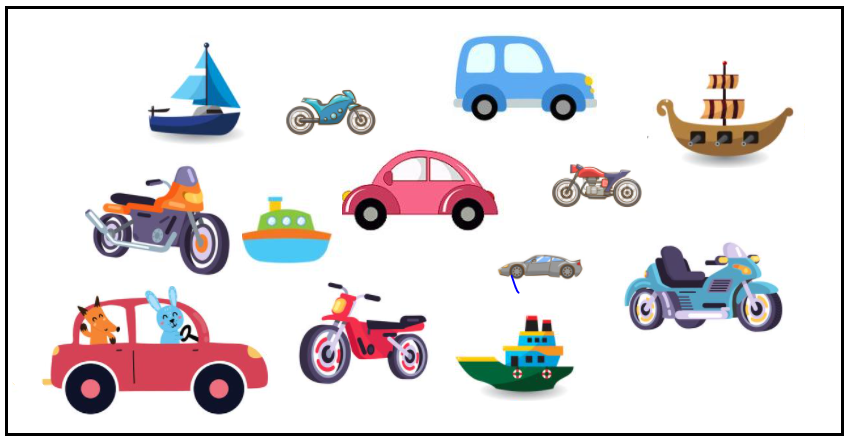